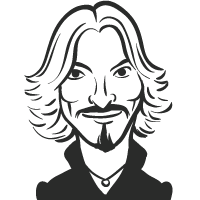 Hello! My name is Terry and I would like to offer you a warm welcome to this blog which is dedicated to the subject of finding the best restaurants and trying exciting new foods. I used to be a really fussy eater. I wouldn't try anything if it smelt or looked unfamiliar. I was convinced that boiled potatoes and a little beef or lamb were as good as it got. However, all of that changed when my friend Mark took me out for dinner and ordered a seafood curry and forced me to try it. My mind was blown. Since then, I have been learning all I can about all the different foods which are available.

Chinese food isn't exactly a recent addition to the Australian culinary scene. After all, Australia's first Chinese restaurant opened in Melbourne all the way back in 1854. One of the most prominent and popular items on the menu at your local Chinese eatery is of the sweet and sour variety. But why is this flavour combination so popular in Chinese cooking?

The science behind this tasty combo is quite involved. Put simply, humans have the ability to differentiate between five basic tastes—sweet, salty, bitter, sour, and umami. The combination of sweet and sour flavour profiles on your taste receptors creates a contradiction that many people find appealing. And the Chinese have been combining these flavours for generations, although many variations of sweet and sour dishes were refined in other countries.

The origins of sweet and sour sauce have been linked to the Chinese province of Henan, but this was a mixture of vinegar and sugar that was used as a condiment for dipping, as opposed to a cooking sauce. The sweet and sour dishes on the menu at many local Chinese takeaways owe their history to Chinese immigrants in the US. In the early 1900s, those who migrated to the US and opened Chinese restaurants began to amend their dishes to better suit the local palate, by adding the sweet acidity of tomato sauce to the sauce. This is still a common practice, although the tomato sauce itself might be replaced with a tomato base, as opposed to processed tomato sauce.

Although the sweet and sour sauce on the menu at your local Chinese takeaway has a rich history, perhaps all you really need to know is that it's delicious. Learn more about your options by contacting local Chinese food takeaway restaurants.